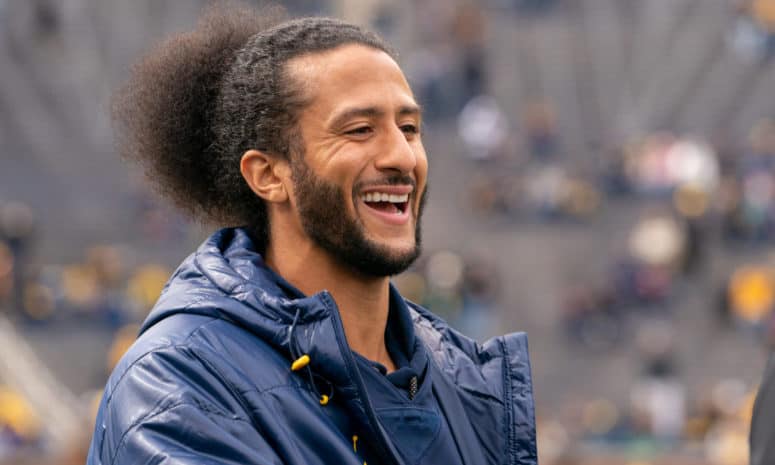 More than an NFL quarterback, Colin Kaepernick is a civil rights activist and continues to fight for social justice in America. Moreover, there is a Netflix show about his life, which discusses the challenges of race differences. Who are this respectable man’s parents? Read about Teresa and Rick Kaepernick here. 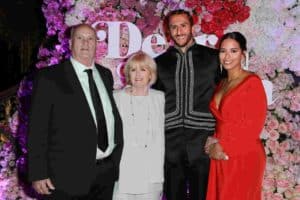 Colin Kaepernick with his adopted parents

NFL superstar Colin was born on November 3, 1987. But he was put up for adoption when he was only five weeks old. A caucasian family adopted him. Additionally, Colin’s mother’s name is Teresa Kaepernick. Furthermore, the Kaepernick family decided to adopt because they lost two children to congenital heart problems.

Moreover, they made Colin’s life into a Netflix show. The show “Colin in Black & White” is a 2021 Drama featured on Netflix.

Colin’s mother, Teresa Kaepernick, is from Fond du Lac, Wisconsin, United States. Teresa’s job was as a nurse while Colin grew up.

Additionally, she is very protective of her son Colin. Former President Donald Trump called out those who protested during the national anthem. Colin was one of those people. So, Teresa shows her love to Colin.

Because, as his mother, she would not let anyone say such things about her son. Furthermore, she says that even though Colin is a grown man, she still feels the motherly need to defend him.

Colin’s father is named Rick Kaepernick. He worked as an operations manager while Colin was growing up. Additionally, the company he worked for is called Hilmar Cheese Company.

Rick is very proud of his son Colin. Additionally, he still cares about Colin as if he were still a kid. “It’s just fun to watch him because at end of the day, they might be 25 years old, but they’re still kids,” Rick says.

Colin has two siblings. Teresa and Rick Kaepernick have one biological son and one biological daughter. The names of their children are Kyle and Devon.

Now, Devon is married and has three children. On the other hand, Kyle is also married to his lovely wide Lindsey Kaepernick.

Additionally, both Devon and Kyle are supportive of their brother Colin. Furthermore, they show their support in both his sports and activism, the same as their mother.