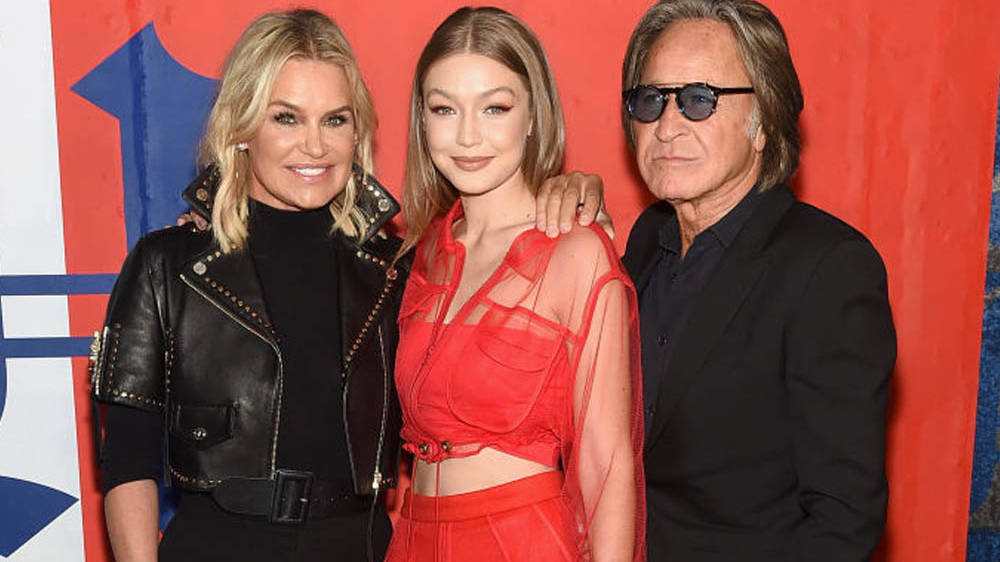 Jelena Noura Hadid, also known for her stage name Gigi Hadid, is one of the most outstanding models of IMG Models. She is best known for modeling in Victoria’s Secret and featuring in top fashion magazines, including Vogue, Versace, Gucci, Harper’s Bazaar, Glamour, etc.

The American model is also famously known for having a relationship and a child with a former One Direction member and Pop R&B singer, Zayn Malik. Gigi Hadid is one year older than her sister, Bella Hadid, born on the 23rd of April 1995. She was born and raised in Los Angeles and moved to her family ranch in Pennsylvania.

The 26-year-old Victoria’s Secret model grew up in a world of showbiz along with her whole family. Her fans witnessed her childhood and early career days. This article contains information and certain issues regarding Gigi Hadid’s parents, Yolanda and Mohamed Hadid, and her siblings.

Mohamed Hadid and Yolanda Johanna Jacoba van den Herik got married in 1994. After six years of living together, Gigi Hadid’s parents filed a divorce due to infidelity. After ending their marriage, Yolanda claimed two properties and $3.6 million cash from Mohamed, which she considered a divorce settlement.

Although the former couple has been legally separated, Yolanda and Mohamed maintain their contact and appear in several pictures with their children, making them closer as a family.

Mohamed Hadid is a Jordanian-American real estate developer of some luxury hotels and mansions around Los Angeles and Beverly Hills, California. He was the owner of a mega-mansion with approximately 1.5 acres. It was alleged to be built illegally, declared a danger to the public, and ordered to be torn down by an L.A. County judge.

After solving the case under legal process, Gigi Hadid’s father sells his Bel-Air mega-mansion at $8.5 million, but it was dealt with a price of $5 million on Sahara Construction Co. On the 3rd week of February 2022, the authority began to demolish Mohamed Hadid’s mega-mansion. 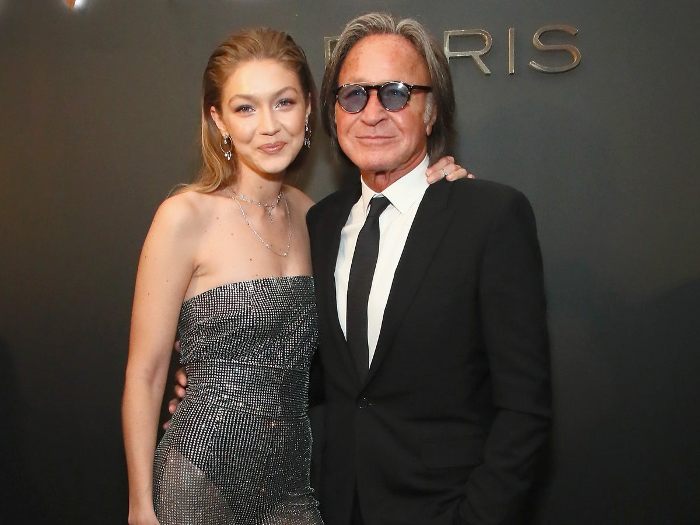 The real estate developer was born in Nazareth, Israel, on the 6th day of November 1948. Mohamed had his first marriage with Mary Butler and had two children, then divorced in 1992. After a few years, he married Gigi’s mother, Yolanda, and had three children.

More than a decade has passed since cutting off his marriage with Yolanda, Mohamed was engaged with an Iranian-American model, Shiva Safai. In 2019, the engaged couple ended their 5-year relationship because they couldn’t agree on starting a family together.

Yolanda Johanna Jacoba van den Herik is a Dutch-American former model and Real Housewives star. She is best known for her major appearance in an American reality TV show, ‘The Real Housewives of Beverly Hills,’ where Gigi Hadid and her two younger siblings also made their appearances. Yolanda Hadid is a native of Papendrecht, Netherlands, born on the 11th day of January 1964.

In 2012, Gigi Hadid’s mother, Yolanda, was diagnosed with a difficult to cure disease, Lyme disease. Yolanda Hadid wrote her book ‘Believe Me’ in 2017, which contains her life journey since she was diagnosed with Lyme disease. As a result, she has been contemplating suicide and becoming more depressed as long as she still has the disease. The Real Housewives star’s recovery is still an uphill battle as of 2022. 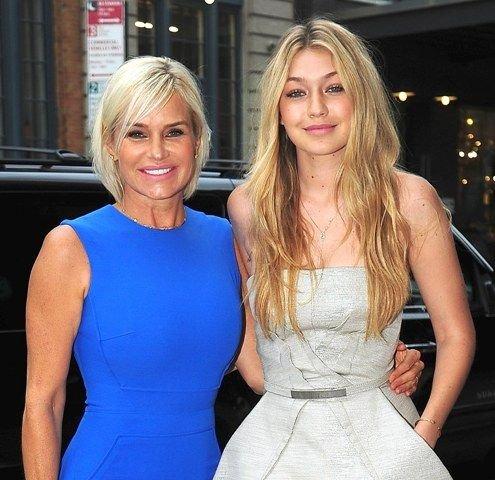 Gigi Hadid along with her mother, Yolanda Hadid

Meanwhile, in September 2021, Yolanda Hadid alleged Gigi’s ex-boyfriend, Zayn Malik, for grabbing and shoving her into a dresser, insulting and preventing her from her granddaughter, Khai Hadid Malik.

Zayn Malik faced four harassment charges, including harassing Gigi during an argument over a phone call and attempting to engage in a physical fight against a security guard, John McMahon. He is also prohibited from contacting Yolanda and the security guard, John. In this case, Gigi Hadid’s ex-boyfriend, Zayn, was required to serve 90 days probation for the four harassment charges, complete anger management class, and domestic violence program.

In his defense, Zayn Malik denies all allegations against him by posting a screenshot of his statement regarding the incident via Twitter. He agreed not to contest claims arising from an argument because he believes a family issue can be settled privately.

Both Gigi and Zayn also agreed to maintain their daughter’s privacy to have the childhood she deserves, leaked to the press after Gigi’s mom accidentally posted a picture in her Instagram account, in which Khai’s face was exposed. It was deleted minutes after it was published.

According to Malik, Yolanda came to their house unexpectedly while Gigi was away for several weeks before the argument has occurred. He also announced his break-up with Gigi by stating that they decided to co-parent their daughter. 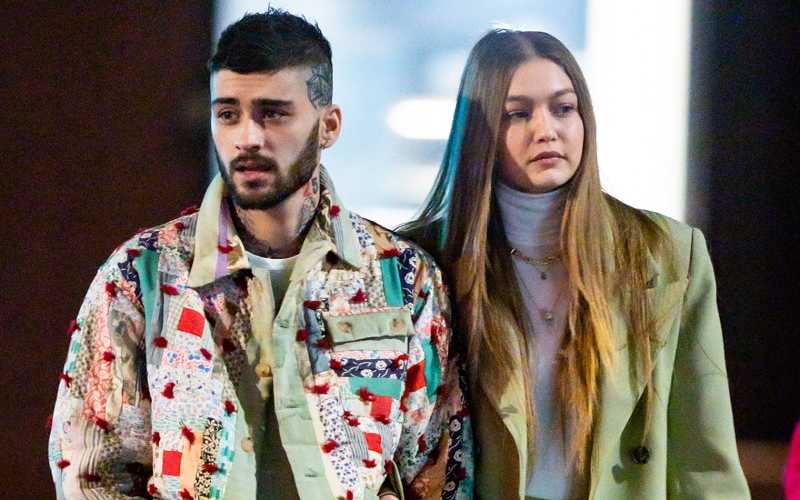 Gigi Hadid along with her ex-boyfriend, Zayn Malik

Gigi Hadid admits that she has always been having a hard time since moving with Zayn because her mother somehow opposes their relationship. In her reasons, Yolanda Hadid is just overprotective around her children, especially Gigi, because she thinks that they all deserve better treatment from their partners.

Gigi Hadid is the third child of his father, Mohamed Hadid, and the eldest child of her mother, Yolanda Hadid. She has four siblings: two half-siblings and two biological siblings.

Gigi’s older half-sisters, Marielle and Alana Hadid are Hadid Eyewear’s owners. They are Mohamed’s daughters from his first marriage. Both Marielle and Allana are also involved in fashion but weren’t fond of showbiz.

On the other hand, Alana Hadid is a fashion designer and a co-founder of a designing company, La Detresse. Meanwhile, Marielle enjoys her private life with her boyfriend and two children, Coco and Colton Aflalo. 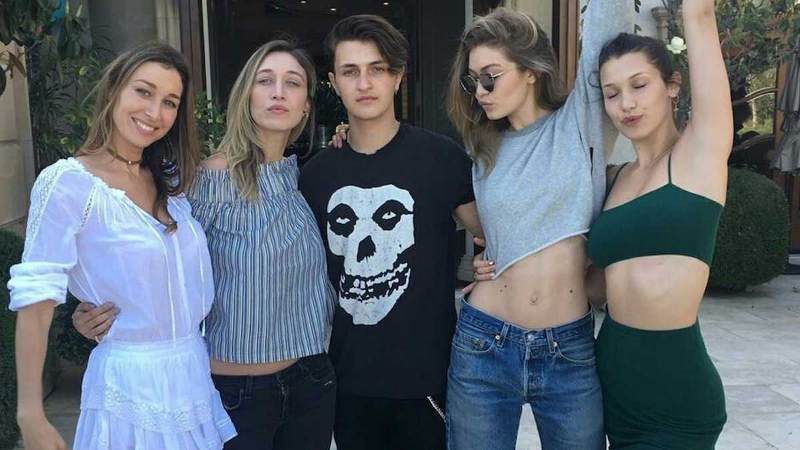 Gigi Hadid with her four siblings

Isabella Khair (Bella) and Anwar Mohamed Gerard (Anwar) Hadid are Yolanda and Mohamed Hadid’s children, making them Gigi’s biological siblings. Like their older sister, Both Bella and Anwar have their modeling career. On the 17th of February 2022, an artistic director of Versace, Donatella Versace, posted a picture for the Versace campaign on her Instagram account with the caption

featuring the Hadid sisters, Gigi and Bella. The image depicts their nude bodies covered with Versace purses and long hair. In addition, the image recreated the 70’s Versace campaign, featured by Sylvester Stallone and Claudia Schiffer.