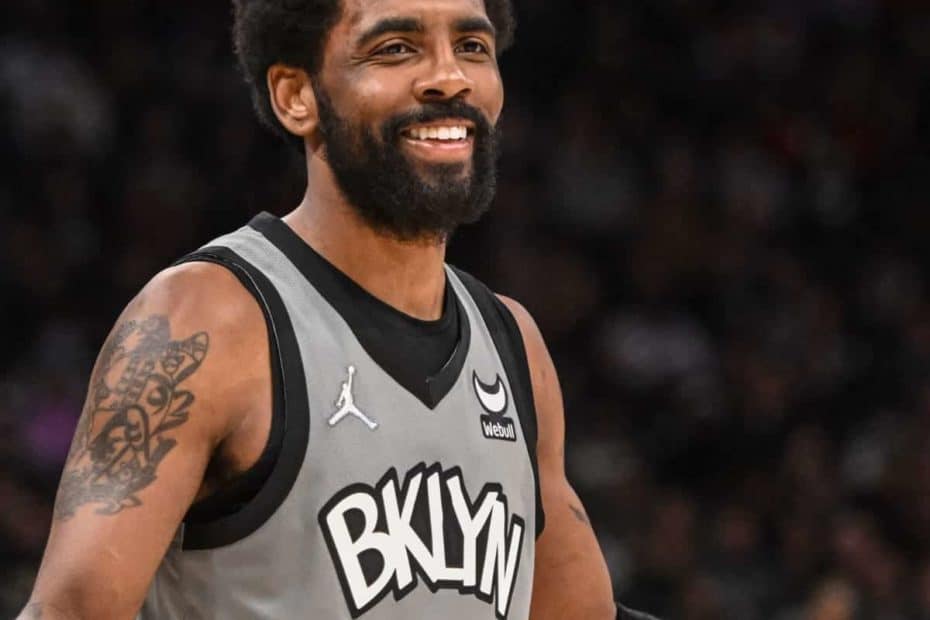 Kyrie Andrew Irving is a basketball player currently playing for the Brooklyn Nets of New York City and other NBA All-Stars Kevin Durant and James Harden, who used to play for them.

Along with LeBron James and the Cleveland Cavaliers, Kyrie is also a champion in the NBA.

They beat the Golden State Warriors, who were 73-9, in a fantastic run where they came back from a 3-1 deficit and won. Finally, he is known as “Uncle Drew” in TV commercials and movies.

Fans of the All-Star are curious to know more about his family history and siblings. Thus, get to know his parents, Elizabeth Larson and Drederick Irving, in this article. 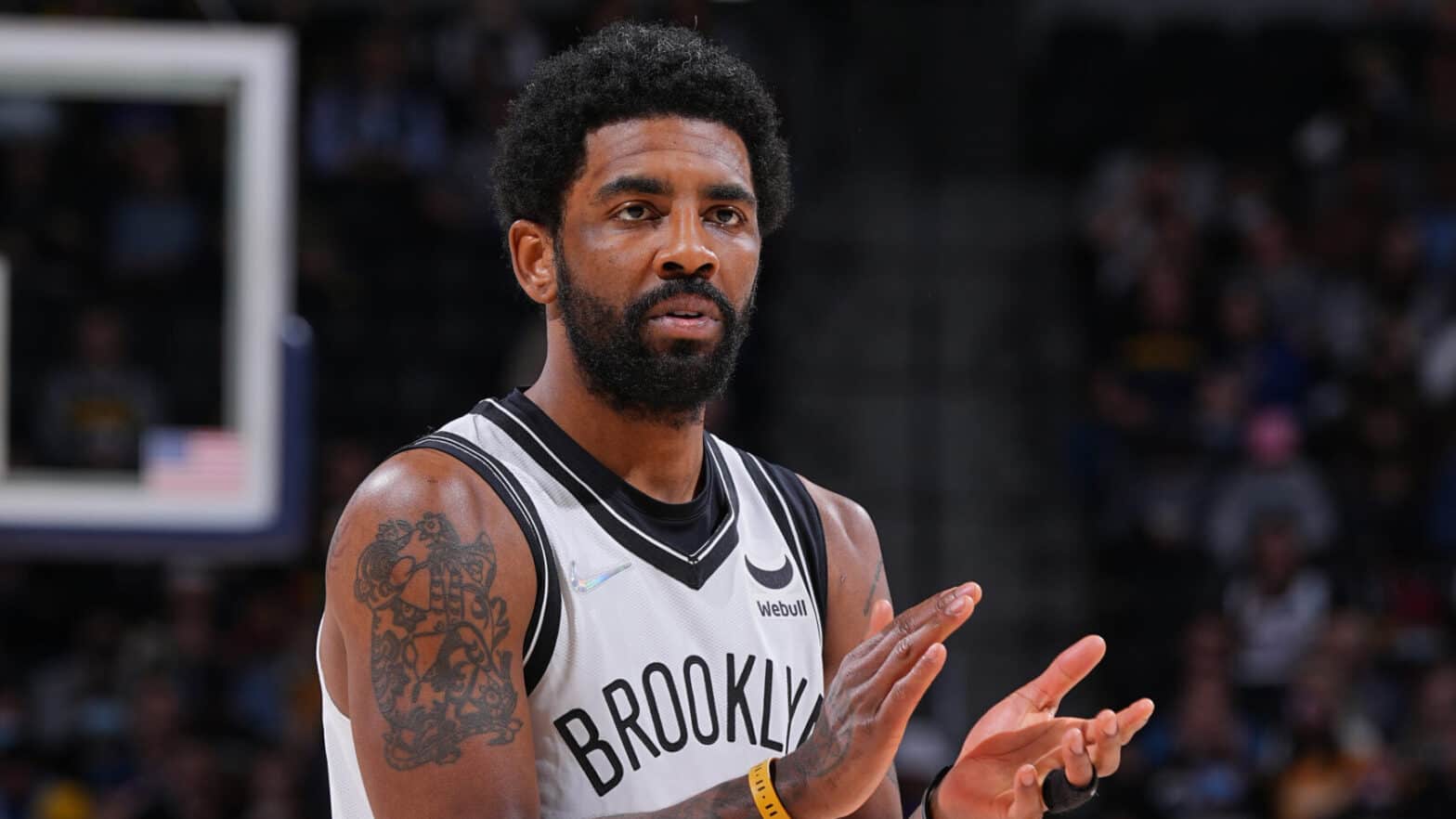 Kyrie Irving is an American professional basketball player for the Brooklyn Nets of the National Basketball Association.

During their time at Boston University, Drederick Irving and Elizabeth Larson met through sports.

Before she went to college, Elizabeth used to play basketball in high school. Similarly, Drederick played basketball all through his life.

Their next step was to get married. They had two children together: Kyrie and Asia. However, Elizabeth died in 1996 from a sickness.

Following this, Drederick remarried years later and had another daughter named London. 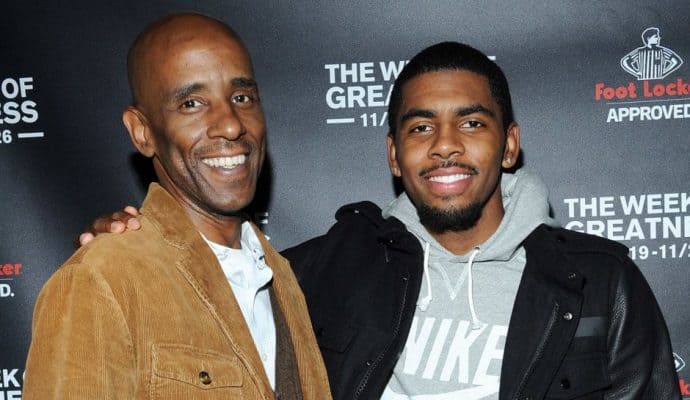 Many think Kyrie is related to Julius Erving, NBA Legend, because they have similar last names.

However, they are not related. Kyrie’s actual father is Drederick Irving, also a basketball player.

Then, he played for Boston University. He moved overseas to play in the South East Australian Basketball League.

Kyrie’s father is one of his biggest fans. It helps that his father played the sport himself and knows how much work goes into every game.

When his son is on the court, you can usually find Drederick there to support him.

There is not much information on the life of Elizabeth Larson, the biological mother of Kyrie Irving.

Although, she was a basketball player like her husband and son until college. Then, she focused on volleyball instead.

Unfortunately, Elizabeth died in 1996 of an illness. 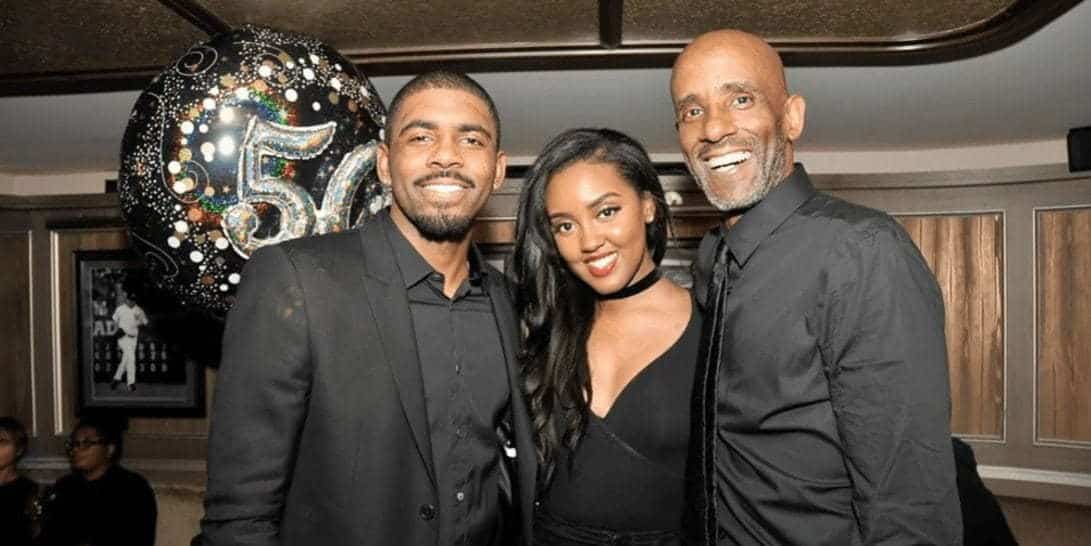 Kyrie Irving with his father, Drederick Irving, and his sister

The Brooklyn Nets point guard has two siblings, both are sisters, and one is a half-sister.

Interestingly, they are named after places; the elder one is called Asia while the younger one is named London. Likewise, Asia is currently working as a model.