Lauren Nicole London is a 37-year-old model, tv personality, and famous actress. She first started in music videos before joining the film industry. Lauren has appeared in several shows and movies like The Game, 90210, ATL, Entourage, This Christmas, etc.

She was once nominated by Black Movie Awards for the Most Outstanding Performance by an Actress in a Supporting Role in 2006. She has been in a relationship with Lil Wayne (2007-2009), and they had a son together.

After their breakup, she went into a relationship with Nipsey Hussle (2013-2019), with whom she also had a son. 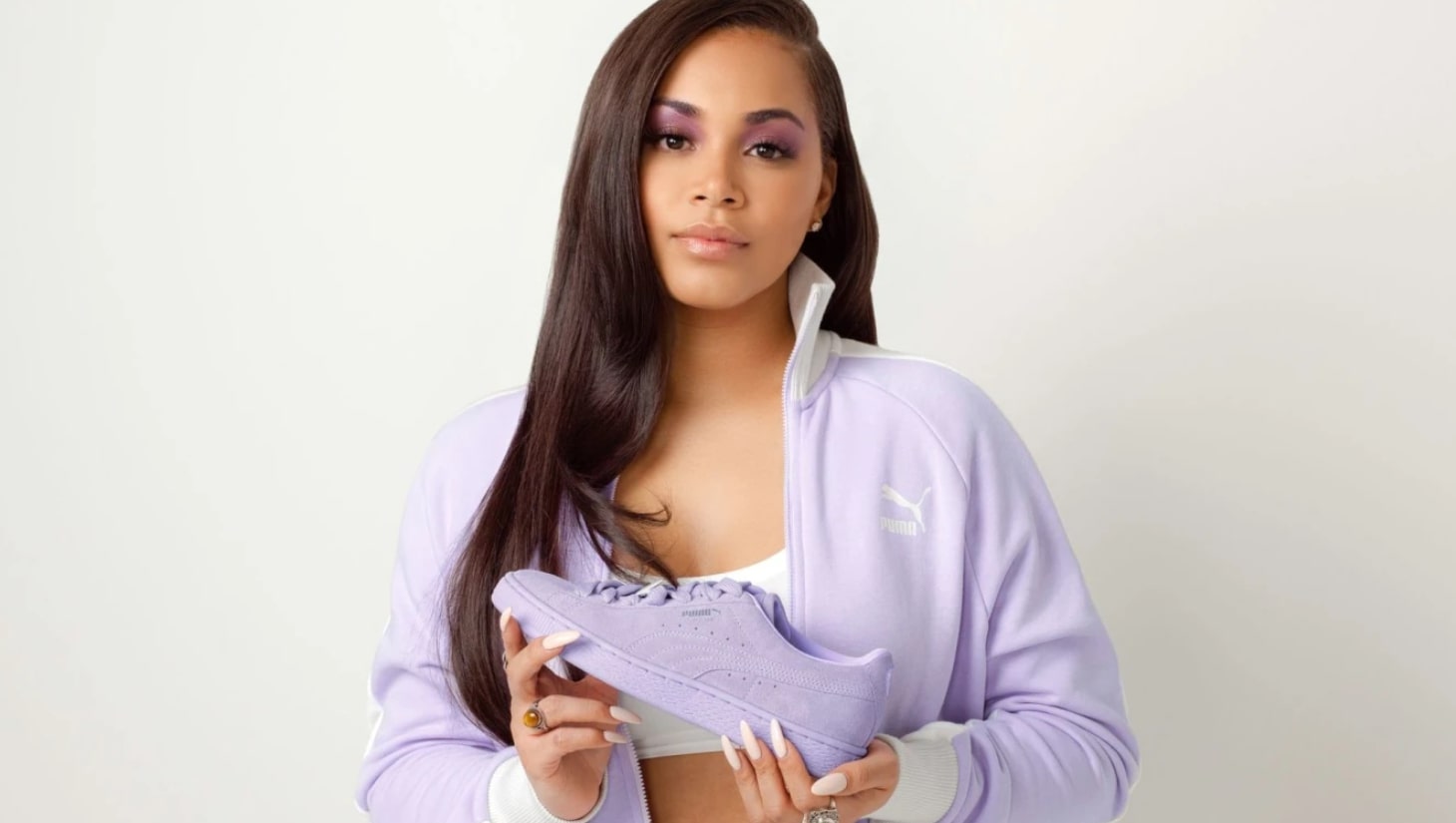 Laura London, in a partnership with Puma

Not much is known about when and where Lauren’s parents met. Lauren likes to keep information about her family private and discreet, away from the public’s eyes.

Her parents were married, and they had her in 1984. However, this relationship did not last as they decided to get a divorce in 1987 when Lauren was just three years old.

After their divorce, they went separate ways, and Lauren remained with her mother, Terri.

Terri Lynn Conner’s birth date and place are unknown to the public. However, she has an American nationality and an African-American ethnic background.

Since she is not known publicly, little information is given on her education and occupation. Terri got married to Gary, and they were blessed with a daughter, Lauren.

She later got divorced in 1987 and was granted custody for Lauren. Lauren states that she inherited her mother’s skin color but a lighter tone.

Because of this, she used to get a lot of criticism and mockery from her maternal cousins.

This left Lauren with an identity crisis since she would go to camps and get referred to as the ‘Black girl’ for having darker skin than the other kids. Terri had a massive role in the upbringing of Lauren since it was just the two of them.

Like Terri, Gary’s information has never been released to the public, and he remains discrete. He also has an American nationality and a Jewish Caucasian ethnic background.

Gary got married to Terri and had a child together; however, their relationship did not work out as they divorced three years after their child was born.

Gary then departed from his family. Since Lauren remained with her mother, Gary only got the chance to see her during the summer holidays.

Interestingly, he used to send Lauren away to camps during these summer breaks, and therefore he never really got to spend quality time with his only child.

Not much information is known on whether he is still single or has entered into a new relationship.

According to the information given by Lauren about her parents’ marriage life, it is only right to conclude that she was the sole child and had no siblings.