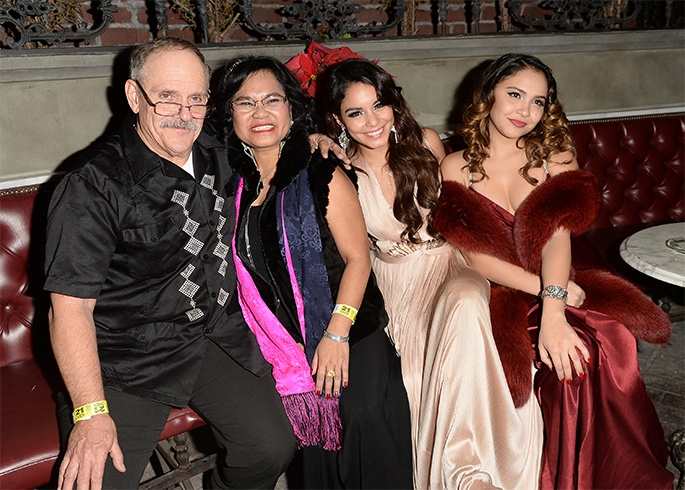 Vanessa Hudgens has had her claim to fame through acting and theater. She has always thanked her parents, Gina Guanco Hudgens and Gregory Hudgens, for supporting her through it all. Read more about her mother, father, and siblings here.

Vanessa Hudgen’s Mother, Gina, is an American Filpino citizen. She was born in The Philippines, more specifically in Manila. She came to America together with Greg Hudgens, her husband.

Furthermore, Vanessa’s mother was born on November 30, though the year is unknown. Her mother is of Filipino and Spanish Ancestry. Gina Hudgens works as an administrative assistant. Additionally, she lived in Oregon but moved to California, United States. Moreover, Gina has a brother in The Philippines. 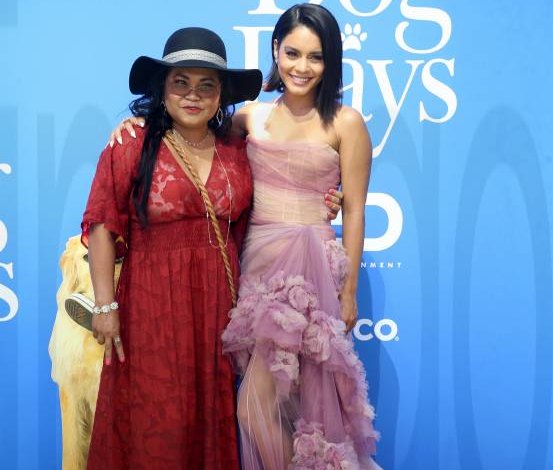 Gina gave birth to two children. Vanessa was born on December 14, 1988. A few years later, Gina gave birth to Stella in 1995. Additionally, Vanessa and her sister, Stella, were both born in California and raised on the West Coast. They were both child actors.

Vanessa Hudgen’s father, Greg Hudgens, was born in America on June 22, 1950. He was a former firefighter. He married their mother, Gina, and they moved to the United States together.

Moreover, it was a tragedy when Greg passed away on January 31, 2016. Greg had stage 4 cancer and died due to the illness. Furthermore, he died the day before Vanessa performed Grease: Live on Fox. She dedicated her performance to Greg. 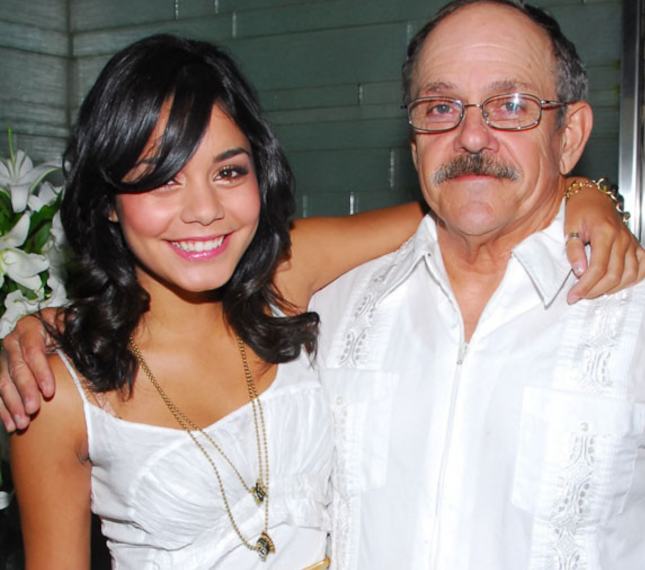 Because of this, Vanessa and Gina have grown closer. Her mother keeps her going, and Vanessa looks up to her in times of grief.

Gina Guanco lived in The Philippines before she met Greg Hudgens. While Greg was still in the United States, he and Gina were penpals. After some correspondence, Greg decided to visit The Philippines to meet Gina. When Gina and Greg met, they fell in love and married.

They moved to the United States and had two daughters in California. They moved around while Vanessa and Stella grew up but remained in the West Coast area.

Gina and Greg were very supportive of Vanessa’s acting career. She mentions that Greg would drive her to LA for auditions when she was young.

Vanessa Hudgens has one sister named Stella Hudgens. Stella was born on November 13, 1995. Hence, Stella is younger than Vanessa by seven years. Moreover, they are very close and often post pictures together on Instagram.

Like Vanessa, Stella was also a child star. She was in movies such as The Memory Thief. 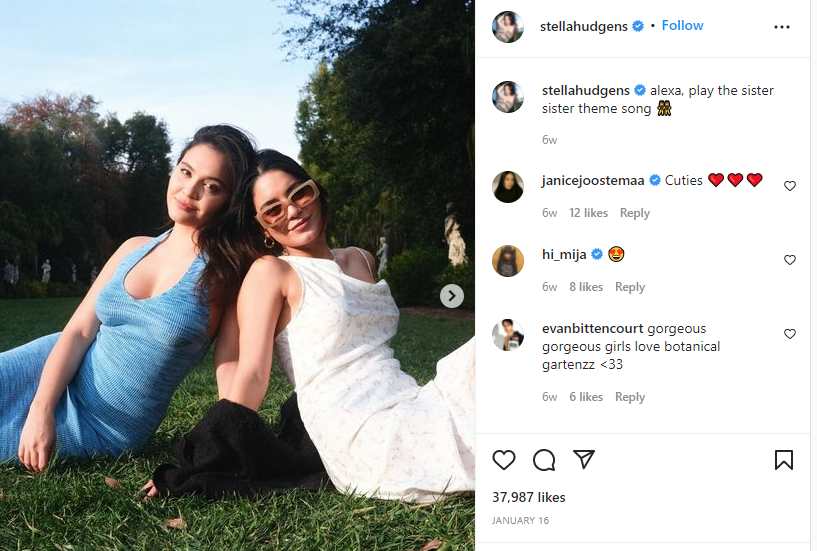